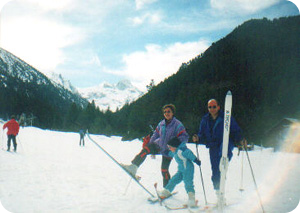 The proximity of Govedartsi to the largest mountain resort in Bulgaria – Borovets (15km), to the tourist mountain center Maliovitsa (13km), to the spacious forests, green meadows and beautiful ski tracks, attracts many nature-minded people. During the summer months you can discover coziness and coolness in the lovely pine woods of Rila mountain. The adherents of the pedestrian and ecotourism - with the help of an experienced mountain guide, provided from guest house "YAVOR" – can become well acquainted with the fair vicinities of Govedartsi through pedestrian ecotoutes – circular, easy for passing, with duration no longer than 4 hours and cognitive subject-matter:

The tourists who are more tenacious can enjoy the beauties of the Seven Rila Lakes, the Urdini Lakes, the Fearful Lake and the Ionchevo Lake, which are part from National Park "Rila Mountain". There are perfect conditions for velo-tourism and excursions in the area. Guest house "Yavor" offers mountain bikes for rent.
During winter the adherents of winter sports can benefit from the excellent conditions, which the ski tracks of Govedartsi, Maliovitsa and Borovets provide. We offer as well a ski coach for beginners.
In the swift-flowing mountain waters of river ‚Black Iskur‘ and its numerous feeders the fishing fans can try their luck and hopefully can enjoy the taste of the Balkan trout.

Possible touristic itineraries in the vicinities of Govedartsi, from which you can choose depending on your skills and time, are:

A forest land in the valley of Urdina river on the way for tourist complex "Maliovitsa" (40min) and hut "Vada". It is a massive valley enlargement, occupied from a vast glade, surrounded aside from an old coniferous forest and sycamore trees.
From Yavorova glade through the valley of Urdina river the tourists can reach the Urdini lakes and immediately after the river‘s bridge in south direction there is a path for the open country Zeleni Rid and hut "Ivan Vazov". 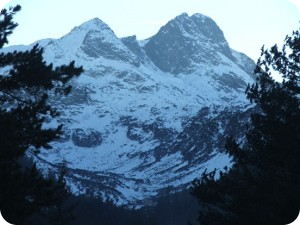 It is 13km away from Govedartsi and it is situated in the area "Mecha glade" – 1700m above sea-level with a hotel and central mountain base, called "Hristo Prodanov". There are ski tracks and lifts. On the mountain ridge "Rujdavitsa" there are ski tracks and lifts as well.
Hut "Maliovitsa" is the nearest and on foot it could be reached for 1 hour. It is situated 1960m above sea-level.
Tourist itineraries in the region are:

It is the nearest hut from Govedartsi only 2h15min away from the village. The hut was built in 1951 in the area "Govedarnika", which is situated 1650m above sea-level. Near hut "Mechit" is the beginning of Govedartsi ski track which length is 1800m.
From the hut there are routes to mount "Budachki kamuk" (2h) and mount "Golyam Mechit" (2h30min), to mount "Sredonos" (2h), to the area "Ovnarsko" (2h30min). The hut is a starting point for a passage to hut "Fish lakes" (8h), hut "Maliovitsa" (7h) and the Rila Monastery (7-8h).

The highest mount in Lakatishka Rila with a height of 1734m above sea-level. From here there is a unforgettable view to the north-west part of Rila mountain. From hut "Vada" you can reach mount "Zekeritsa" for about 1h20min. 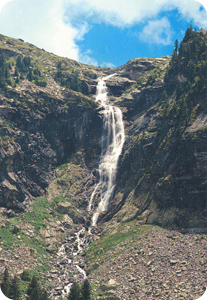 It is situated in the valley of river "Black Iskur" on 1410m above sea-level. There is a right segment from the main road for tourist complex "Maliovitsa" in the area called "Giolechitsa" and the distance from Govedartsi to the hut is 8km.
Hut "Vada" is a starting point for outings in the circus of the Seven Rila Lakes (2h30min), to hut "Lovna" (1h), to hut "Skakavitsa" (1h), to mount "Zekeritsa" (1h20min) and to tourist complex "Maliovitsa" (1h30min). From the hut you can make passages to mount "Damga" and hut "Ivan Vazov" through the ridge "Green Rid".
You can reach hut "Vada" also by mountain bike. The route is suitable for bike passages as well.

A group of seven lakes, situated tieredly in the middle of the homonymous circus around 2100m-2500m above sea-level. These are the most picturesque and the most visited lakes in Rila.
The Seven Rila Lakes have the following names:

Give yourself and your family one unforgettable vacation in guest house "YAVOR"! You definitely deserve it!